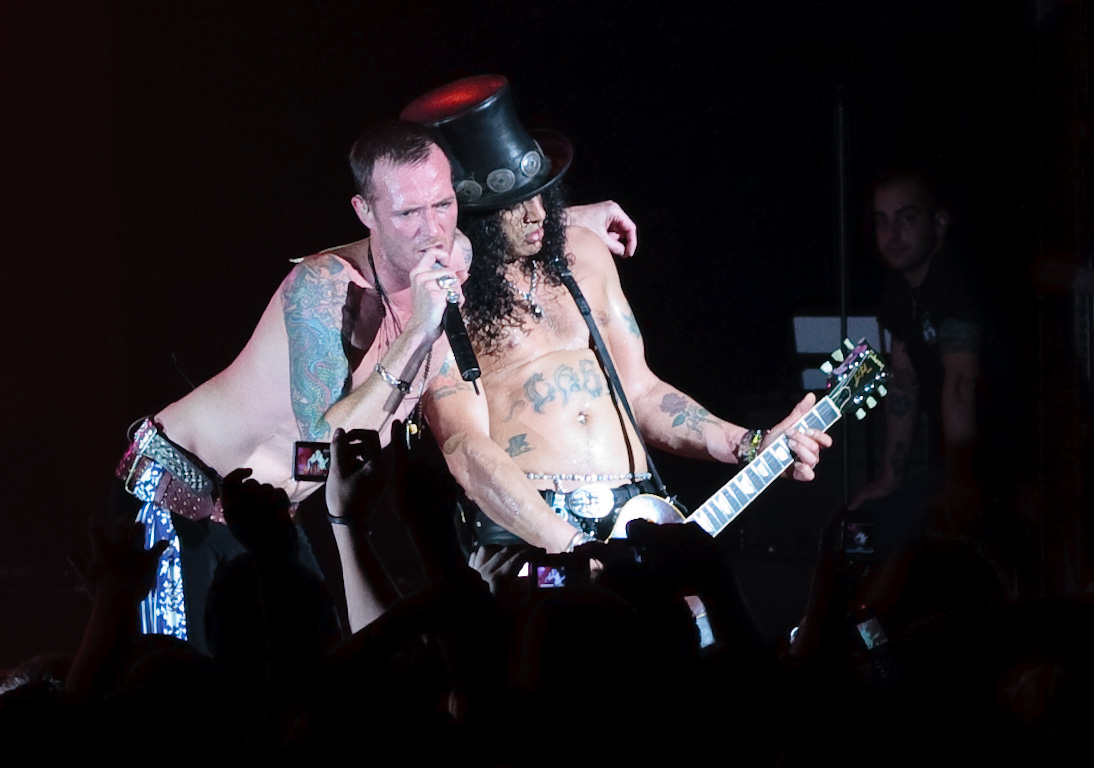 “Rock isn’t mainstream anymore, and in some ways, I like that,” Slash said concerning R&B/hip-hop overtaking rock as the biggest music genre in the U.S. in terms of total consumption, according to the Nielsen 2017 U.S. Music Year-End Report. “It harks back to when rock ‘n’ roll was more of an underground concept, when people were speaking about things that they weren’t necessarily comfortable saying in the mainstream arena. As far as hip-hop is concerned, it’s become so generic at this point. It’s definitely taken on a very top-40 thing. ”

As for his favorite rock bands? “I love Foo Fighters. My favorite band consistently has been Queens of the Stone Age because they always put out cool, interesting records. But I still listen to a lot of old stuff because the rock ‘n’ roll that turned me on as a kid, not too much of it exists.”

By Raph_PH via Wikimedia Commons

When asked about his current standing with GNR lead singer Axl Rose, Slash said Axl reached out to him a few years ago. “It was nice that it happened. I don’t know if I would have had the wherewithal to call him, just because I’m introverted and it might have been hard for me. Not during that initial phone call, but after that, it was really good to be able to get rid of some of the negative baggage that we’d been carrying around for a long time. It’d been 20 years of not talking and letting this bad blood continue to be perpetuated by the media. It turned into something way bigger than what was really going on, so it was good to get past that.”

The 53-year-old Rock and Roll Hall of Famer has no regrets about the situation, despite his relief regarding the reconciliation. “Things happen as they happen. I make it a point of not having any regrets.”